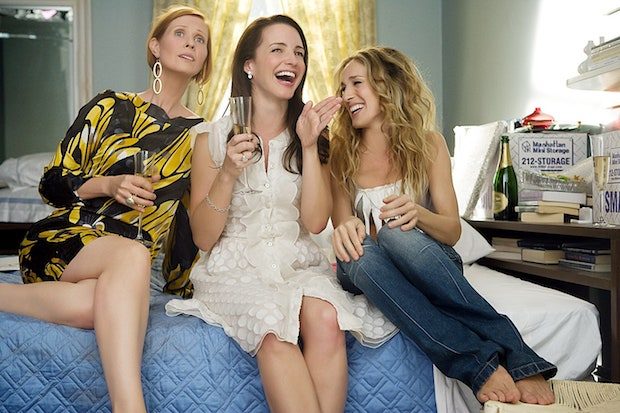 27 Jan With a Reboot on the Way, We’ve Concocted Four Potential Art-World Plot Lines for ‘Sex and the City’ Gallerist Charlotte York

Posted at 14:57h in Art, Latest News by Katie White

Fans of Sex and the City rejoiced earlier this month when HBO Max announced that a reboot of the famed late-’90s, early-aughts series was in the works. The reboot, titled And Just Like That, will feature ten 30-minute episodes. Filming is scheduled to begin this spring.

So far, most of the headlines have centered on the conspicuous absence of one-fourth of the original group: Kim Cattrall’s raunchy, quick-witted Samantha. But we have been staying up nights, watching reruns, and contemplating something entirely different. What would prim-and-proper Charlotte York Goldenblatt’s career as an art dealer will look like in 2021?

What will Charlotte York-Goldenblatt’s art career look like in the Sex and the City revival? Courtesy of HBO Max.

Throughout the show’s six seasons, Kristin Davis played Charlotte, a gallerist turned occasional MoMA docent, who brought vignettes of comical art-world happenings to the screen. She had liaisons with artists and would-be collectors and posed for questionable portraits. She even went to Brooklyn!

But much has changed in the art world since the series wrapped in 2004. (On social media, her character has been reimagined as “Woke Charlotte,” who openly questions the series’ inherent biases and stereotypes.)

With all this in mind, we couldn’t help but wonder: How would Charlotte fare in the art world today? Here are four vignettes we humbly submit to HBO Max.

Charlotte gave up her career in the third season of Sex and the City, but we think she might get back in the game. Courtesy of HBO Max.

Though Charlotte gives up her career shortly before her first marriage to Trey MacDougal in season three, her ambitious streak will have inevitably lured her back into the gallery world once her daughters, Lily and Rose, come of school age.

The buttoned-up, pearl-wearing Charlotte is likely to rise through the ranks at one of the city’s more corporate galleries (we’re feeling Pace vibes?). Her Upper East Side connections and Connecticut pedigree make her an ace at private secondary sales. But Charlotte thinks her keen eye for contemporary art is being overlooked. Eager to prove herself, she begins pursuing a devil-may-care hot young installation artist who has so far refused to sign with a gallery.

Charlotte’s competition is fierce: her main rival is a late-20s heiress with a hip Lower East Side gallery and casual-cool style (think: clogs). Meanwhile, her Dalton-enrolled teenage daughters are both hitting their rebellious streaks, embracing grunge style and a proclivity for skateboarding that mystifies Charlotte and amuses her husband Harry. Eager to reconnect with Lily before she heads to college, Charlotte makes her way to a Chinatown skate park to chat with her, only to discover that one of Lily’s skateboarding buddies is the very elusive artist she’s been trying to sign…

She and Bunny Butt Heads on the Art-Philanthropy Circuit

Charlotte has long been a fixture on the gala circuit, but after leading one too many school fundraisers, she’s feeling a bit deflated. That is, until she hears about a position as director of a grant-giving foundation for female artists over 40. Charlotte aces her first interview and immediately begins to create dossiers on artists she’s hoping to support. But after a celebratory solo visit to the Met, she bumps into her ex-husband Trey and her former mother-in-law Bunny at Sant Ambroeus. Bunny—Charlotte’s biggest critic—just joined the board of the same foundation in an attempt to squash gossip in her Upper East Side social circle that she is anti-feminist (she’d shared a few choice words about a recent New York Times #metoo exposé with the wrong people). Charlotte is left to contemplate her next move…

She Opens a Gallery in the Hamptons

When lockdown comes to New York City, Charlotte decides she needs out and takes a rental in East Hampton where Lily and Rose can have their own at-home Zoom classrooms. Harry is in the middle of a deluge of major divorce cases set off by quarantine fatigue. Plus, he’s not really one for the Hamptons scene (as noted in episodes past), so he decides to stay behind in the city a few weeks longer.

Wandering Main Street, Charlotte notices an empty storefront for rent in what used to be her favorite sandal shop. Hopping on the art exodus to the east end train, she impulsively rents the space to launch a pop-up of her own. In over her head, she hires a Montauk surfer-turned-local art handler to help with her first show. But he may be interested in more than the art…

She Goes Viral on Social Media With Paintings of Her Dogs 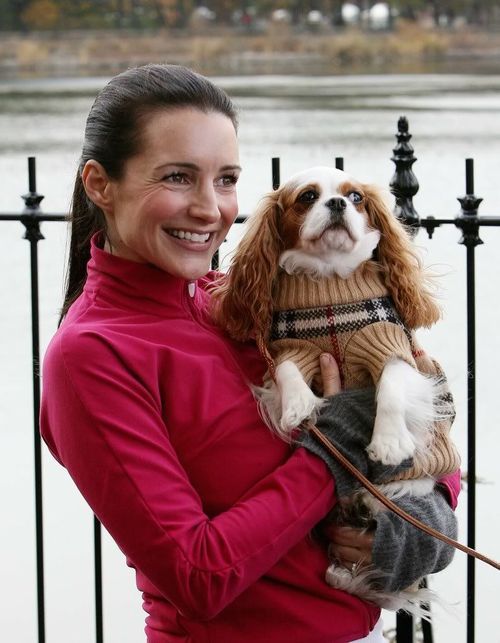 Charlotte’s 50th birthday has her in a downward spiral. Her daughters are caught up in their own social lives; Miranda has just started her own firm; Carrie is away on a book tour. Harry encourages his wife to step back into the art world but, embarrassed she hasn’t received a single interview, she starts spending her afternoons at high-end stores impulsively shoplifting accessories while Harry thinks she’s taking meetings.

When she gets caught trying to abscond with a tartan face mask, Charlotte finds herself seated across from a therapist who encourages her to take up painting as a means of self-expression. Before long, she has created an expressive series of oil portraits of her two King Charles Cavalier Spaniels, Tulip and Daffodil. Without her knowledge, her daughters Lily and Rose start posting the paintings on social media. Overnight, they become an internet sensation. It doesn’t take long for the Chelsea gallery where Charlotte once worked to contact her for a solo show…