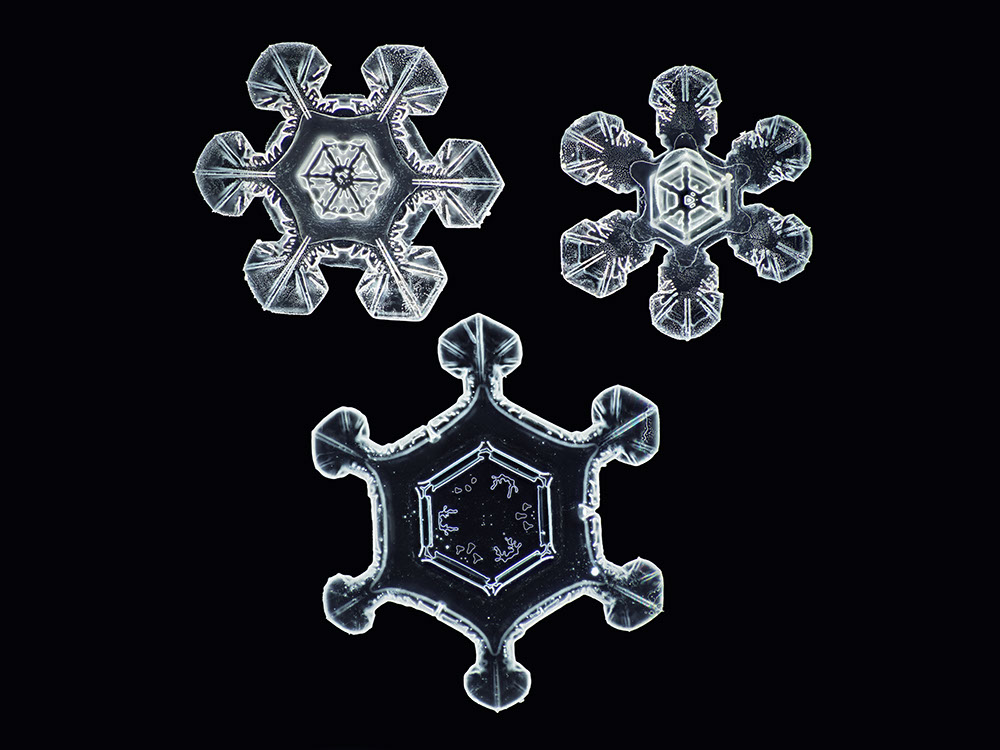 You’ve probably heard that no two snowflakes are alike—but you’ve never seen crystal formations in such stunning detail as in a trio of three new photographs by Nathan Myhrvold, who claims to have captured the world’s highest-resolution images of snow.

The challenges of photographing snowflakes are obvious. Both fragile and tiny, measuring just a few millimeters across, a snowflake can melt in seconds—which is why Myhrvold shot on location, in temperatures of up to 20 degrees below zero in Fairbanks, Alaska, and Yellowknife in Canada’s Northwest Territories.

A former Microsoft CTO-turned food photographer, Myhrvold spent 18 months designing and building a custom snowflake camera that would allow him to immortalize the delicate, lacy structure of snowflakes in remarkable detail.

“Snowflakes are a great example of hidden beauty,” Myhrvold said in a statement. “Water, an incredibly familiar thing to all of us, is quite unfamiliar when you see it in this different view. The intricate beauty of snowflakes derives from their crystal structure, which is a direct reflection of the microscopic aspects of the water molecule.”

To keep the snowflake intact for as long as possible, Myhrvold incorporated a cooling stage into the camera on which to shoot the specimens. He opted for pulsed high-speed LED lights on the microscope, which eliminates both heat transfer and vibrations, which could destroy the specimen or blur the photograph.

The whole device, which includes an artificial sapphire lens, is built from carbon fiber, which won’t grow or shrink in extreme temperatures. The pictures are shot with a shutter speed of just 500 microseconds. 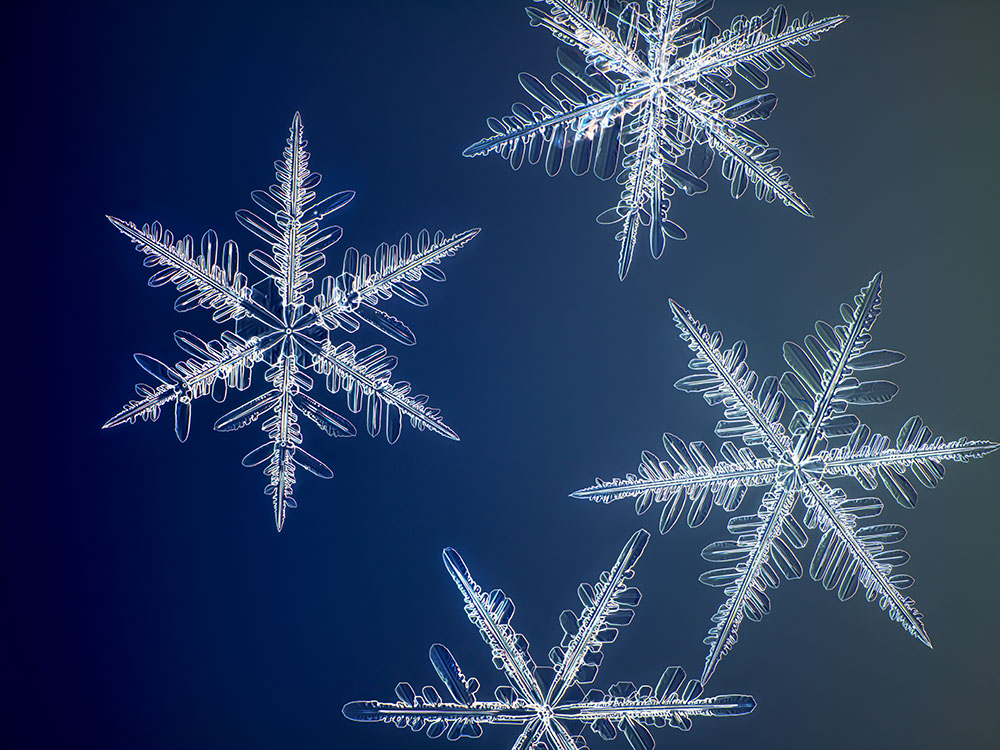 It’s perhaps the biggest breakthrough in the admittedly limited field of snowflake photography since Vermont farmer Wilson A. Bentley attached a camera to his microscope and took the world’s first photo of these evanescent crystals as a teenager in 1885.

Nicknamed Snowflake Bentley, he went on to create 5,000 photographs of what he called “ice flowers,” donating 500 to the Smithsonian Institution, and featuring 2,600 more in his 1931 book Snow Crystals. (His work is also included in the collections of the Metropolitan Museum of Art and Museum of Modern Art in New York, among other institutions.) 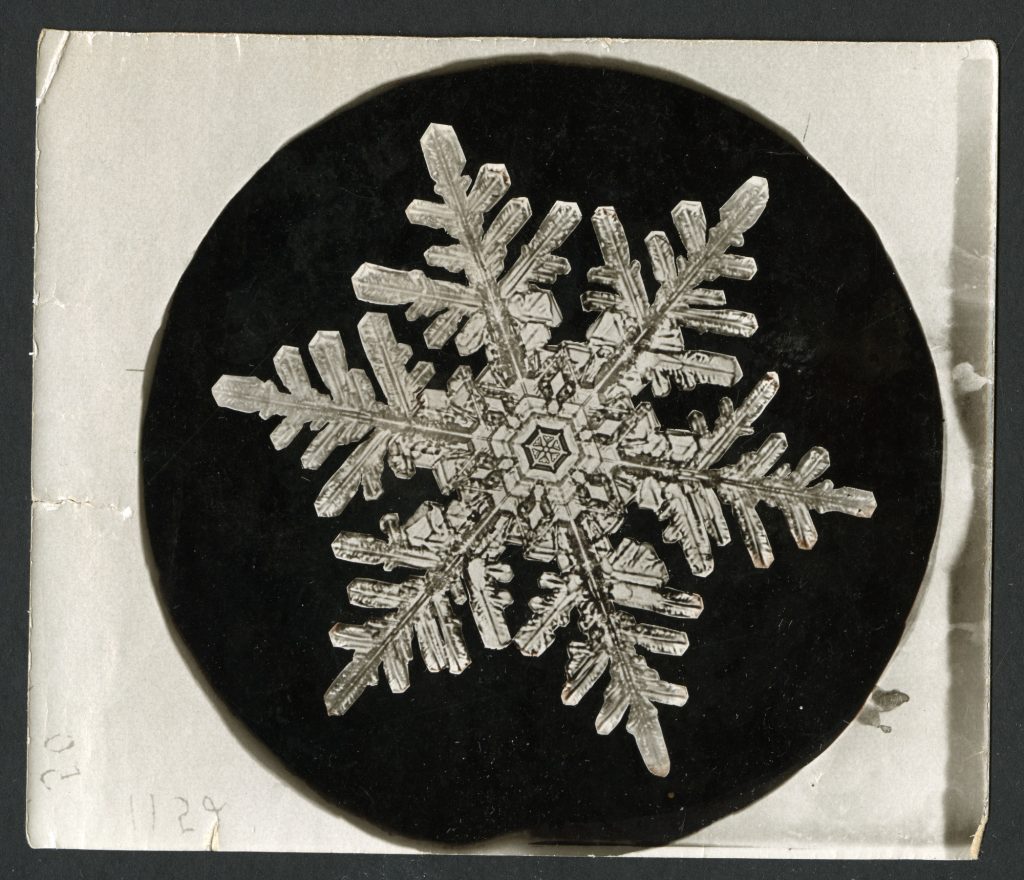 A snowflake photograph by Wilson A. Bentley, the first person to capture an individual snowflake on film. Photo courtesy of the Smithsonian Institution Archives.

“Most snowflakes, numerically, are not perfect dendrite beauties; they’re a fairly simple hexagonal rod or plate,” Myhrvold told My Modern Met. “That can change extremely suddenly, though, and that’s when you go from boring plates to seeing something amazing. So you have to quickly mobilize to get the shot.”