Posted at 14:14h in Art, Latest News by Caroline Goldstein

The German artist Georg Baselitz has given six of his paintings to the Metropolitan Museum of Art, where they will remain on view as part of the exhibition “Georg Baselitz: Pivotal Turn,” through July 18.

The gift was made in honor of the museum’s 150th anniversary last year, and significantly increases the museum’s holdings by the artist (previously the Met owned three paintings and 18 works on paper by Baselitz).

All six canvases were painted in 1969, a key moment in the artist’s career when he made the unorthodox decision to orient his portraits upside down. Baselitz’s literally upending of the conventions of representational figuration marked a new chapter of experimentation for the artist.

“It brings tremendous joy and satisfaction knowing that these six works that have remained in our collection and that mark a significant moment in the evolution of my approach to painting will be an integral part of the Museum’s historic collection,” Baselitz said in a statement.

Previously held in his own private collection, Baselitz’s series of portraits from 1969 depict close friends and peers from the German art scene. Subjects include his wife, Elke, and the gallerist Franz Dahlem, who first exhibited Baselitz’s inverted works in 1969. 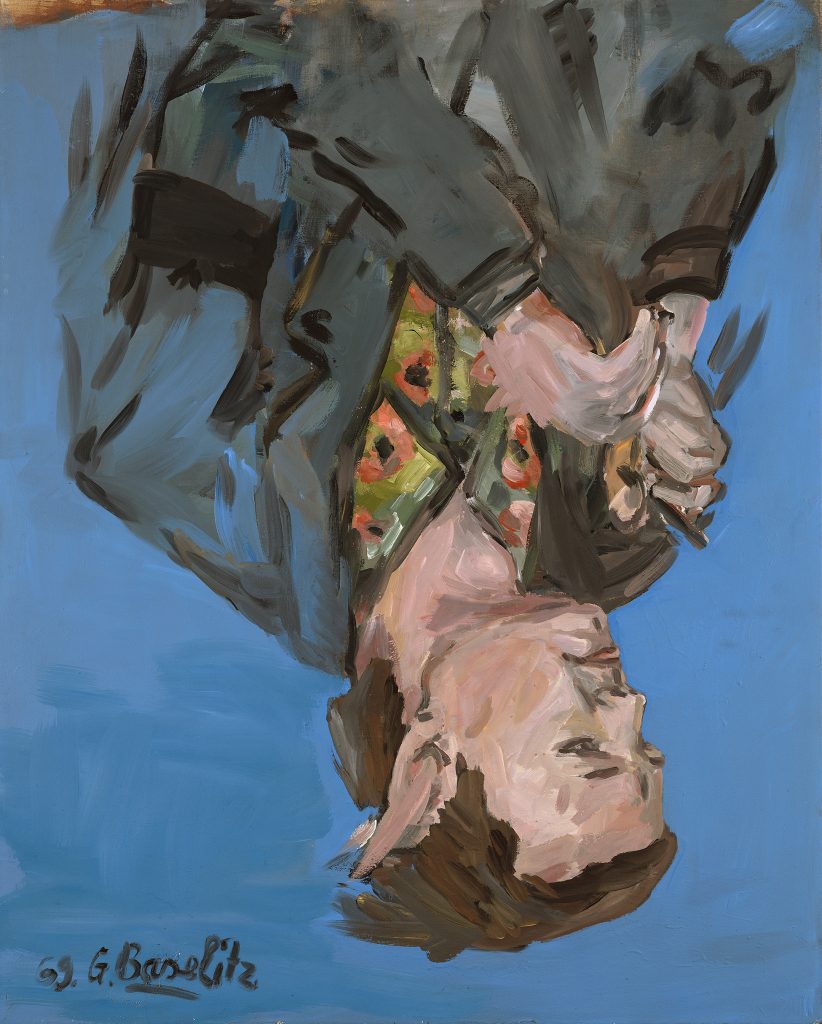 Baselitz began to subvert painting traditions even earlier, including through his series known as “Heroes and New Types,” which depicted primitively drawn, roughly-hewn figures that harkened back to Germany’s fraught history, a controversial stance given the country’s adamant espousal of social realism and encouragement of a mode called “German Wonder.”

“I am a German artist, and what I do is rooted in the German tradition: it’s ugly and expressive,” Baselitz said at the time.

“Given the flourishing in recent years of figuration,” said Met curator Sheen Wagstaff in a statement announcing the gift, “these paintings by Baselitz will hold deep currency for younger generations of artists who, like Baselitz, continue to value America as a symbol of democracy.”