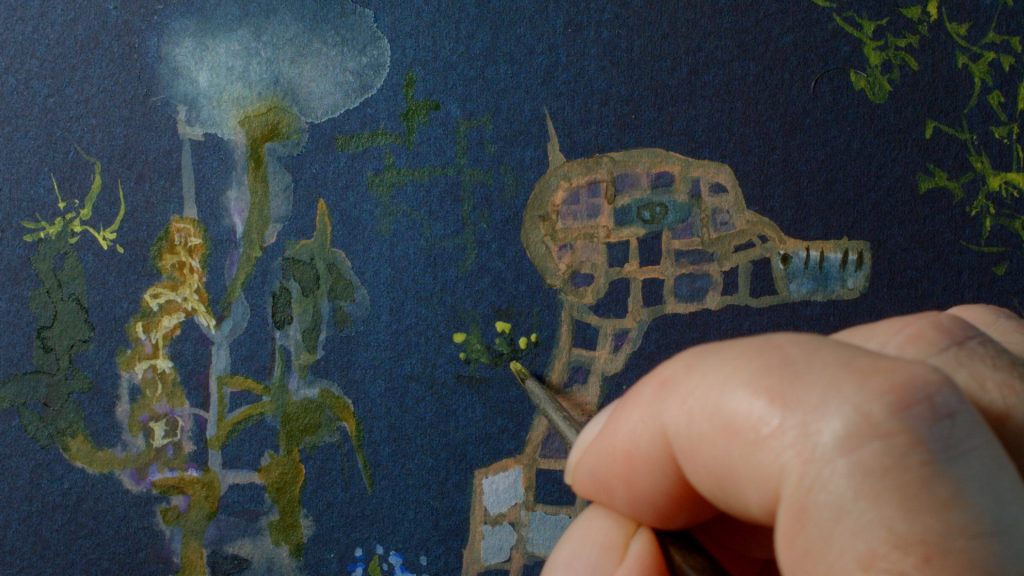 In the trailer for his new HBO show, the musician, actor, and painter John Lurie pits himself against a much-beloved American television host.

Lurie’s new show, Painting With John—a title that pays homage to his farcical early ’90s nature show Fishing With John, in which he and celebrity guests grappled with the great outdoors—swaps out Bob Ross’s sincerity to advance more irreverent lessons. Lurie’s take on how to live a creative life emphasizes leaning into anything that gives one a childlike sense of wonder, from the humorous to the mischievous.

Speaking to Artnet News, Lurie confesses that he is not actually the “anti-Bob Ross” that the trailer makes him out to be. “I appreciate what he did very much. But I couldn’t resist the idea of poking fun at him for a moment,” Lurie says. “I never thought his trees looked particularly happy.”

Painting With John. Courtesy of HBO.

The show follows Lurie as he works on his own intricate watercolor paintings from his Caribbean island home. Along the way, the artist regales the viewer with pieces of advice, wound up with tales from his storied past in the bosom of New York’s new wave music art scenes in the ‘70s.

Lurie’s eclectic career spans the founding of the cult jazz ensemble the Lounge Lizards to starring in and scoring Jim Jarmusch’s 1984 indie classic Stranger Than Paradise as well as Martin Scorsese’s The Last Temptation of Christ.

Lurie, who is 68, has also been painting throughout his life—his mother was an artist who taught painting in Liverpool—but took up the habit even more after a chronic case of Lyme disease contracted in 2000 prevented him from playing music. Lurie’s paintings have been exhibited at the Montreal Museum of Fine Arts, the Mudam Luxembourg, and are housed in MoMA’s permanent collection. One of his primitivist watercolors, Bear Surprise, even gained widespread attention in Russia after it was adapted into an internet meme.

“It is funny how it goes. That Bear Surprise painting is kind of bad on purpose. Same with the ones in the MoMA permanent collection,” Lurie says. “When I started painting full time, early on I would do a painting that was kind of terrible on purpose but write something funny on the painting. So my three most famous paintings are three of my worst.” 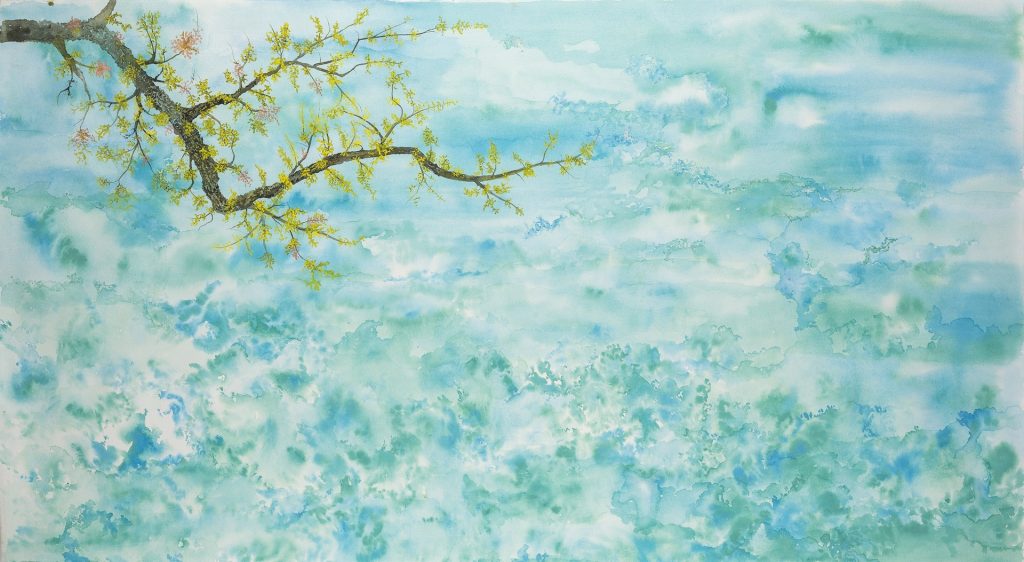 John Lurie, try to give back on what you got. Courtesy of HBO.

The idea for the show grew out of a practical need. Lurie’s assistant started filming him to record his painting process after they found that he would often return to paintings after a few months’ break and not remember the techniques he had been working with when he started. “When I tried to match it, I kind of messed up the painting,” he says.

These informal videos with his assistant turned out to be quite funny, and soon transformed into the idea to create a series of humorous one-minute videos. “I wanted to post little things of us just fooling around on Instagram or on our website to cheer people up a bit during this awful time,” Lurie says. They got someone in to film the series and the collaboration grew into something more long-form, which eventually made its way to HBO’s pitching table. 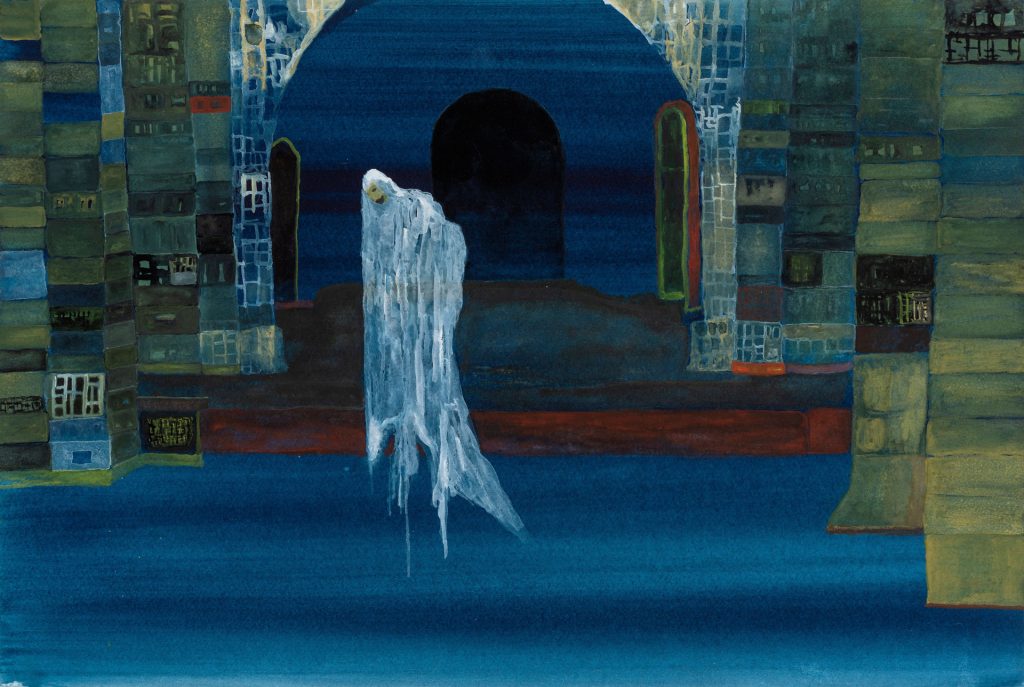 In between scenes of Lurie cavorting around and rolling tires down a hill, the artist gets serious and opens up about his struggle with Lyme disease and treatment for cancer. He also shares impish details from past lives, including that one time he hung out with Studio 54 founder Steve Rubell doing cocaine in a broom closet.

“I tried to be really honest. I was open about things that I suppose most people would not be. But I think it is immensely important that we all start being honest,” Lurie says.

Despite the comparison that has been drawn with Bob Ross, the meandering show is not really a painting class, but Lurie is still happy to offer up some advice: “Follow what the paint gives you. Maybe don’t even start with an idea. Start with a couple of colors and fool around a bit, then see what you have.”

“You know that thing where you stare at a pattern of something—a cloud, the ceiling, a concrete wall—you can see a unicorn or a man chasing a bear or whatever in the patterns? That will happen with the paint, if you have any imagination at all. Then mold it into something.”

Painting With John is available on HBO and to stream on HBO Max. See the trailer for the show below.